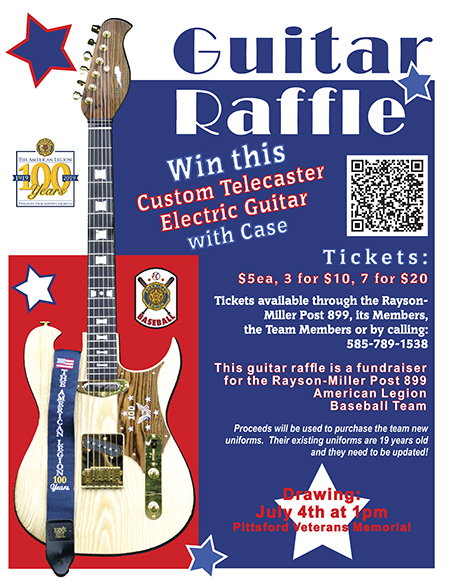 As a result of ticket sales and the huge support of sponsors, we were able to help the Rayson-Miller Baseball Team get new uniforms this year. We cannot thank our members, the community and our sponsors enough for "stepping up to the plate" and helping us achieve our goal. The baseball team players look great in their new uniforms.

This team had been utilizing the same team uniforms since 1996! They have lasted that long; not only due to being a quality uniform, but thanks to those who have done countless mending jobs to keep them together.

Rayson-Miller sponsor's the American Legion Baseball team that plays in District #7. This was RM Baseball's greatest season in Rayson Miller history ended just short of a state title. Never before had 45th-year head coach Tom Sapienza won more than a game at the state tournament.

To learn more about the importance of American Legion Baseball, click HERE!

We had our hot dog stand today where we gave away free hot dogs and drinks to the community. We then pulled the winner of the guitar raffle at 1pm July 4, 2018 at the Pittsford Veterans Memorial. And the winner of this beautiful custom made telecaster guitar and case with accessories is:

Congratulations to our winner and a big thank you to all who supported our efforts.

Click on the logo or picture to learn more about these Sponsors!