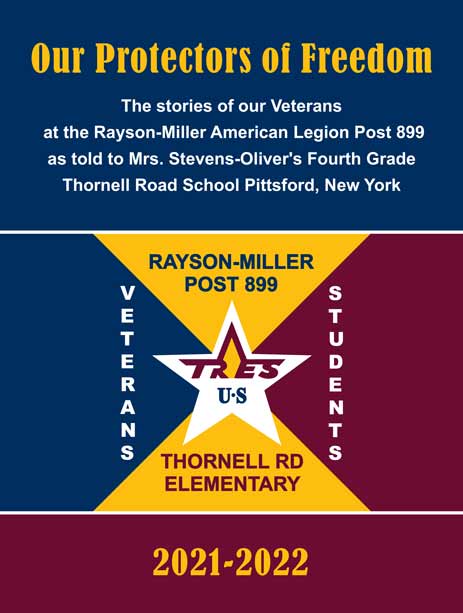 June 13, 2022; Mrs. Toni Stevens-Oliver and her fourth-grade class presented the Rayson-Miller Post 899 with their book "Our Protectors of Freedom". This book contains the stories from the Post veterans of their time in the military as told to the students during interviews conducted in the fall of 2021. The interviews were recorded so that the students could then write content for the book on each veteran interviewed. The drawings of the veterans, in full disclosure, were outlined traced and then the students filled in the outline.

This represents the 8th year of Mrs. Stevens-Oliver's class partnership with the Rayson-Miller Post members. The students learn what military life was like and can then have an appreciation for what our country's veterans sacrificed being in the military.

The very next day was Flag Day and the Post was invited to participate in the school's ceremony. 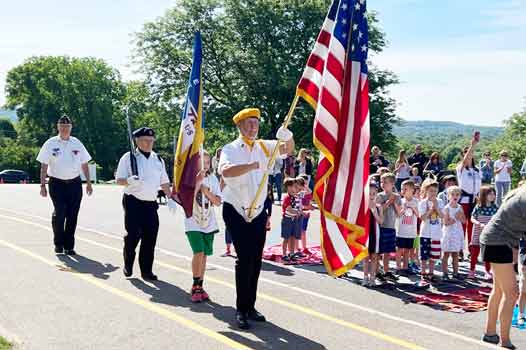 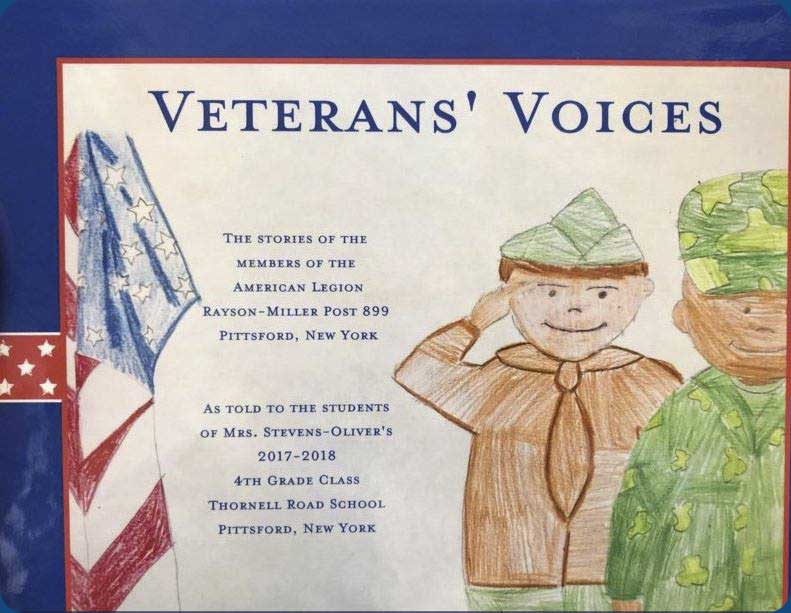 In November of 2013, Mrs. Toni Stevens-Oliver asked our Post Commander, Al Herdklotz to speak to her fourth grade class about Veterans Day. After speaking with the class, he was introduced to the Principle of the school Roger Debell and discussions ensued of having him back in the spring to share more about veterans with her class.

June 2014 - Flag Day the Post provided an Honor Guard and spoke about our Flag.

Nov 2015 - Al Herdklotz speaks to the fourth grade class for Veterans’ Day and Toni’s kids made red, white and blue table decorations for the Post home.

June 2016 - Rayson-Miller participates in Flag Day ceremony at the school and provides an Honor Guard.

December 2016 - Rayson-Miller hosts a breakfast for Toni’s fourth grade class. The kids brought paper wreaths they had made for Veterans Day. The school year of 2016-2017 the book “Honoring Those Who Serve” was presented. That fall interviews were conducted with Al Herdklotz, Lou Pepin, Ted Bennett, Linda Andersen, Steve Wilterdink.

January 2017 - Principle Debell and teacher Toni Stevens-Oliver attended the Rayson-Miller New Year’s brunch and spoke about the ‘partnership’. Toni made a presentation on the progress of the book “Honoring Those Who Serve” and talked about doing interviews with volunteers for a new book “Veterans’ Voices”.

Fall 2017 - Toni Steven-Oliver’s class and their first grade buddies in Mrs. Hess’s class made red, white and blue paper lanterns to decorate the Post for Veterans’ Day. This time-frame is also when interviews began for the new book.

March 20, 2018 - The new book dedication and presentation ceremony took place in the auditorium at Thornell Road Elementary School. The photo at the top of this page was an impromptu, totally candid salute by the members of Rayson-Miller to the fourth grade class who had worked so hard in make “Veterans’ Voices” a reality.

The goal is simple - to continue to grow this awesome partnership between Rayson-Miller Post 899 and the Thornell Road Elementary School!